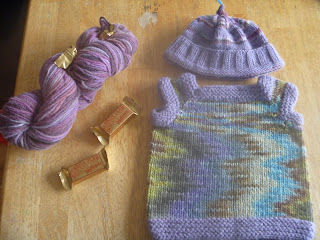 What a fantastic surprise to open my letterbox and find this gorgeous parcel inside.  There is a stashbuster vest, a hand knitted hat, some lovely twisted sister wool and of course a little chocolate treat. 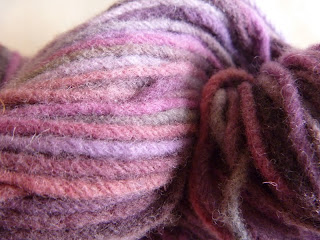 The colour of the wool is truest in this picture 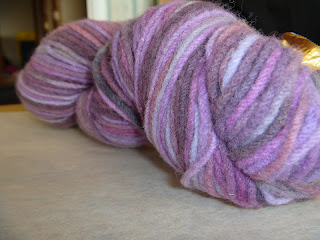 Thanks so much to whoever it was.  Its made my day (well, my week really).  I'm off to smoosh some lovely wool.
Posted by Mummyzilla at 12:29 PM 1 comment:

On the subject of cloth nappies 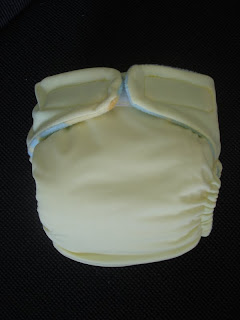 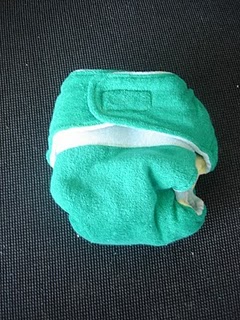 Cloth nappies are more work.
I won't lie, there is more washing involved with cloth nappies, but its not really very much extra.  And once you get into the routine of washing them, its really easy to do.  I can feel your scepticism from here, but it really is easy.  I'm onto my 3rd full time cloth baby (none of whom have been particularly easy babies), and its just about being organised - you'll wonder why you ever put it off once you start using them. 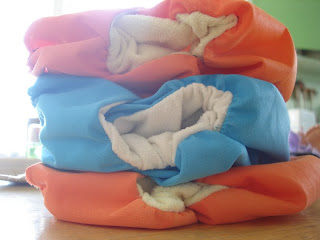 The mess factor
This is mostly a concern for first time Mums.  I'll let you in on a little secret - babies are messy.  Disposable nappies are not significantly less messy than cloth, you'll still be wiping baby's bottom.  And just think of the smell from all those disposables in the rubbish when you're weighing up using cloth and the mess. 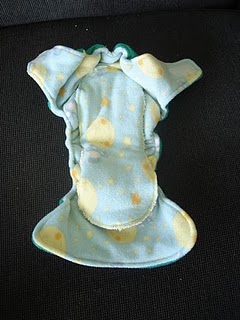 They're not really better for the environment
Several years ago, there was a UK report that looked at the environmental impact of cloth nappies versus disposables.  It found that the environmental impact of cloth was roughly equivalent to that disposable nappies.  However, this report had several flaws.  Firstly it was based in the UK, where the weather is wet.  It also assumed that you would be using a dryer to dry nappies (I don't own one so that isn't an issue for me), and it also assumed you would be IRONING your nappies! Why, I don't know.  These factors skew the reports findings regarding electricity use and environmental impact.  A further report was completed using 2006 data with more accurate findings.  "For example, washing the nappies in fuller loads or line drying them outdoors all the time reduces the global warming impact by 16 per cent.  If these nappies are also used on a second child, the original figure drops by 40 per cent, or some 200kg carbon dioxide equivalents over the two and a half years – an impact equal to driving about 1,000 km."  You can find the full report here. 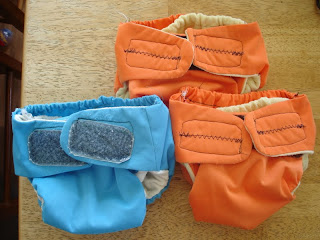 They leak
This is a really significant factor for people giving up on cloth nappies.  Often people start out with cloth, and then find that they leak, and give up on them.  Did you know that disposables leak too? No system is foolproof all the time, and there are some really simple ways to reduce the leaking.  The first is to look at absorbency.  Most nappies are sold with one or two inserts, people usually assume that the inserts are all that they need inside the nappy, and then wonder why they leak.  An old school flat nappy is a great insert, and much less likely to leak.  The first thing to check if your nappies are leaking is to add more absorbency.

The second way to reduce leaking is to change baby more often.  Cloth nappies do need to be changed more frequently than disposables.  You should be looking to change 5 or 6 times a day.

There are some other issues - generally around fit.  Sometimes a particular style or brand of nappy just doesn't fit your baby as well as others, its worth experimenting with a few different kinds if you're having fit issues.

This post ended up longer than I thought, but hopefully I've demystified cloth nappies a little bit.  Seriously, they are really easy, and you can feel great for the environment, and your pocket when you're changing baby.  There is some more really fabulous information here

Born 2/7/12, weighing a respectable 9lbs even.  We are all smitten with our littlest daughter.
Posted by Mummyzilla at 12:42 PM 1 comment: